On 25 May 2022, Friedrich Becker would have been 100 years old. To mark the occasion, Düsseldorf honoured the avant-garde thinker, artist, inventor of kinetic jewellery, university professor and free spirit. His ideas touched the hearts of many in Düsseldorf. Friedrich Becker’s oeuvre is distinguished by its diversity. He took the art of jewellery into the realm of the avant-garde and inspired enthusiasm as a world-famous designer of jewellery, artworks and sculptures. His striking design of the cartwheeler turned the figure into a charming symbol of international fame for Düsseldorf, and he also created the city’s distinctive insignia. 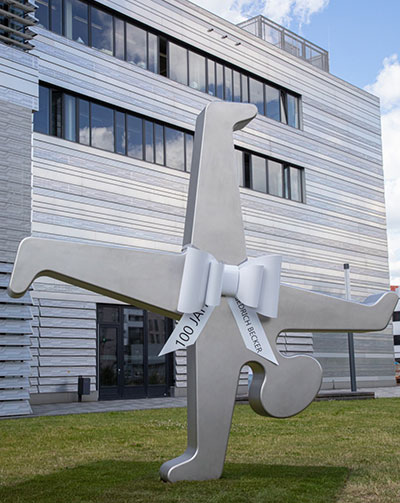 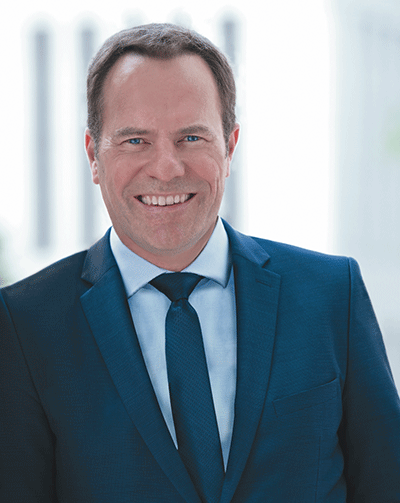 “The mayor’s chain of office, the signet rings of the city, and the council bell exude stateliness and reverence for tradition, yet through the repeated use of the cartwheeler figure, they also embody the openness and dynamism that is symbolic of Düsseldorf in all its diversity.”

Dr Stephan Keller, mayor of Düsseldorf and patron of the Friedrich Becker Centenary 2022

THE EXCEPTIONAL ON THE MOVE

Coinciding with the 100th anniversary of his birth, Friedrich Becker’s long-cherished dream of 1991 came true with the inauguration of his cartwheeler sculpture. A better location could not be imagined. Since May 2022, the new monument has stood on the campus of Düsseldorf University of Applied Sciences where Becker used to teach. Behind the School of Arts in Building 6, the six-metre-high stainless steel cartwheeler sculpture blends into the modern campus complex and thus preserves the professor’s creative legacy for young and old alike.

The installation of the sculpture and inauguration event were funded by the Professor Friedrich Becker Association and the University. Many prominent local figures lent their support to the project, the realisation of which cost a high five-figure sum in euros. 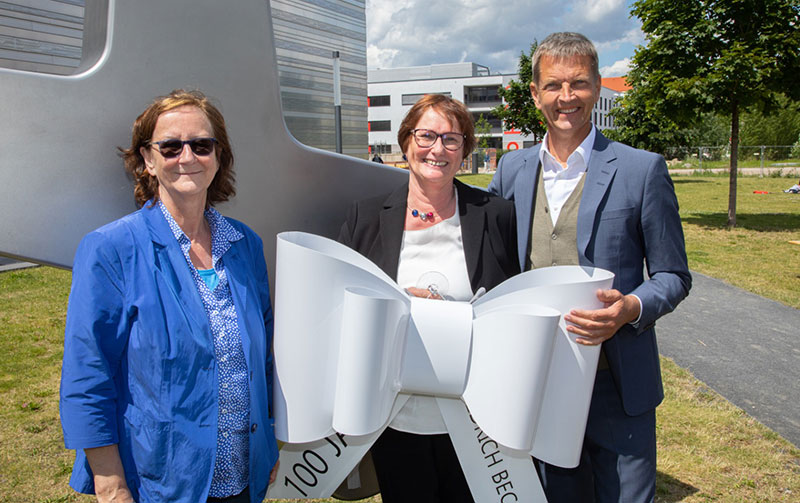 A GIANT CARTWHEELER FOR A CENTENARY

One hundred guests honoured Professor Friedrich Becker at the centenary event and on 25 May inaugurated the new cartwheeler monument on the Düsseldorf University of Applied Sciences campus.

In glorious sunshine, Mayor Josef Hinkel, President of the University Professor Edeltraud Vomberg and Chairwoman of the Professor Friedrich Becker Society Heike Kappes cut the tape and officially inaugurated the larger-than-life stainless steel cartwheeler in front of Building 6 of the School of Arts.

On behalf of the University, President Professor Edeltraut Vomberg thanked the Professor Friedrich Becker Society for its singular efforts to secure the funding for the artwork and its installation which included a donation and image campaign of a scale unprecedented in the Association’s history.

In the name of the city, Mayor Josef Hinkel expressed his congratulations and in his speech emphasised Becker’s importance for Düsseldorf. Among the speakers was Professor Wilfried Korfmacher, a former student of Becker, who struck up a birthday song for his old teacher. He provided an insight into the teaching of the goldsmith’s art, spiced with entertaining anecdotes. In addition, he presented the Rheinbahn cartwheeler project, which he launched together with some students and the local transport company. The cartwheeler train is currently running on the Wehrhahn line.

Sam Tho Duong travelled from Pforzheim. The jewellery designer and holder of the 2014 Professor Friedrich Becker Prize was invited as an honorary guest. In an interview with presenter Natascha Plankermann, he explained the symbiosis of jewellery and design, taking his artworks made of recycled plastic, onyx and freshwater rice pearls as an example.

The event was rounded off by Heike Kappes. She is the chairwoman of the Professor Friedrich Becker Society, which was originally founded by Becker’s wife, Hilde. She thanked everyone involved in the realisation of the cartwheeler project and in the staging of the ceremony and emphasised that a cherished dream of Professor Friedrich Becker, who had advocated the idea of the monument during his lifetime, had thus been realised posthumously.

Over snacks from Hinkel and refreshments from Veltins, guests, speakers and students enjoyed the opportunity to mingle and discuss the new cartwheeler.
For the School of Art, the new cartwheeler cast by the Edelstahlwerke Schmees foundry in Langenfeld, is the second sculpture by Becker. For some time now, a kinetic object on the foyer ceiling has attracted admiring glances, thus ensuring that Professor Friedrich Becker and his work will not be forgotten.

The following people helped us to realise the centenary project: 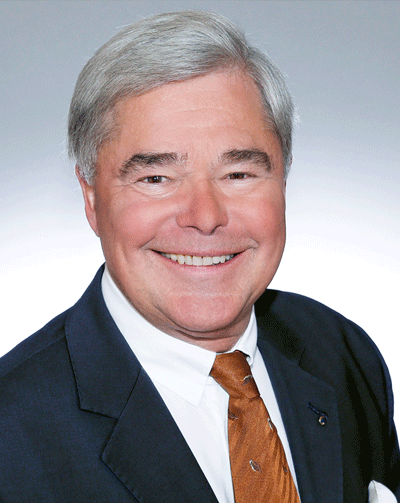 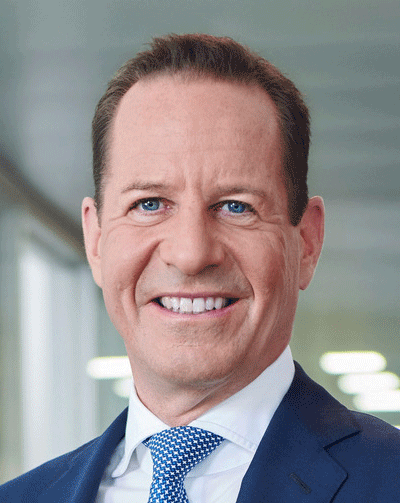 Ralph am Brunnen, a true ‚Düsseldorfer’, supported the Becker anniversary project 2022 with his company am Brunnen VersicherungsManagement. 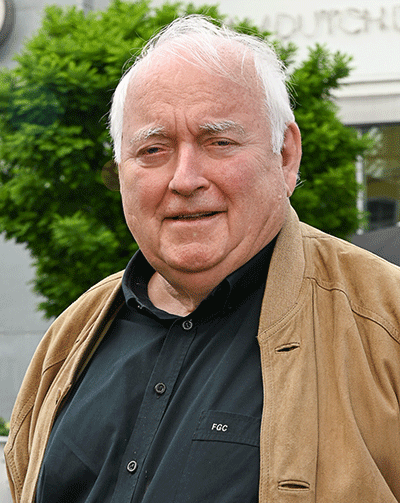 Friedrich G. Conzen a faithful supporter of the Prof. Friedrich Becker Society for many years, supported the Becker Centenary 2022 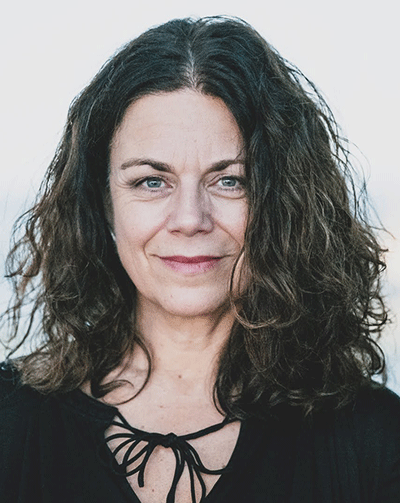 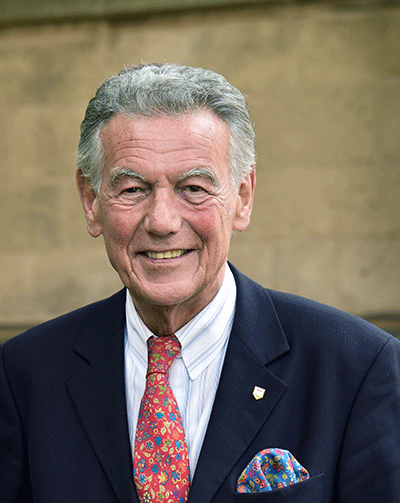 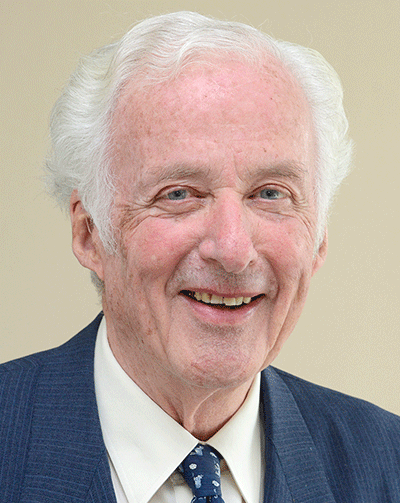 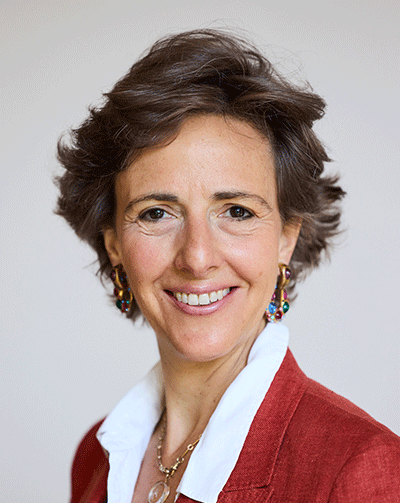 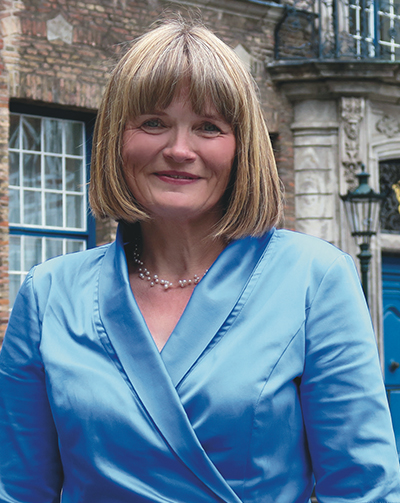 The Professor Friedrich Becker Society is committed to preserving Friedrich Becker’s legacy. The Society always welcomes offers of support in this endeavour.
We would greatly appreciate your ideas, suggestions and support of any kind.

If you would like to know more about the centenary activities, including the major centenary exhibition of the Gesellschaft für Goldschmiedekunst e. V. in Hanau, you can find detailed information here: